If you are an avid gamer, you likely know a lot about about voice servers, and non-voice chat servers. But which one is better to work with when you are concerned about getting Robux? The results may shock you a bit, so follow along with this video to learn more!

To start to study, he starts by AFKing in a non-voice chat server for an hour to see how much robux he raises during the duration of that time. After an hour, he raised roughly 300 robux from a non-VC server, with a raised-to-donation ratio high in favor of to money raised.

Next, he begins AFKing in a voice server for an hour to see if the money raised decreases or increases in comparison to time spent in a non-VC server. This time, he only raises five robux. In this instance, the numbers speak for themselves. If you want to raise more money in Roblox while AFKing, definitely use a non-VC server for the best results!

Voice servers may be beneficial in other capacities, where non-VC servers may fail you, but in this case, there was definitely a dominant option! If you want to learn more about voice and non-voice chat servers, do some research to figure out what option is best for your situation! 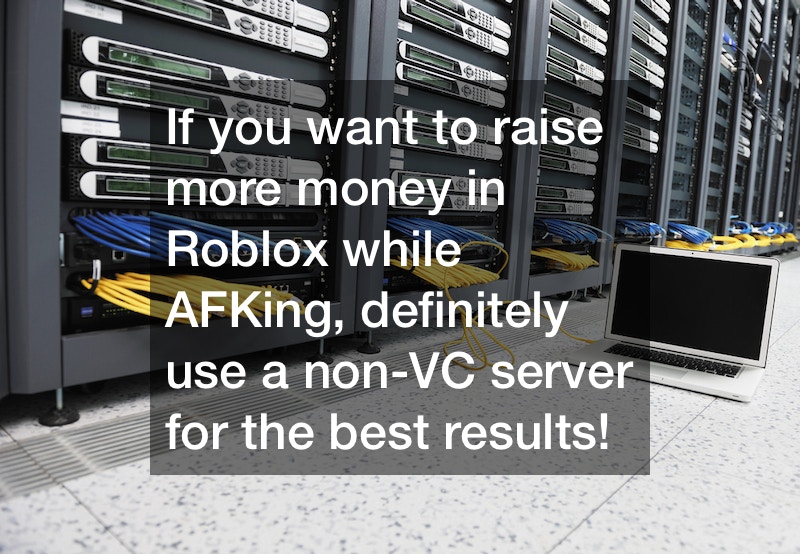